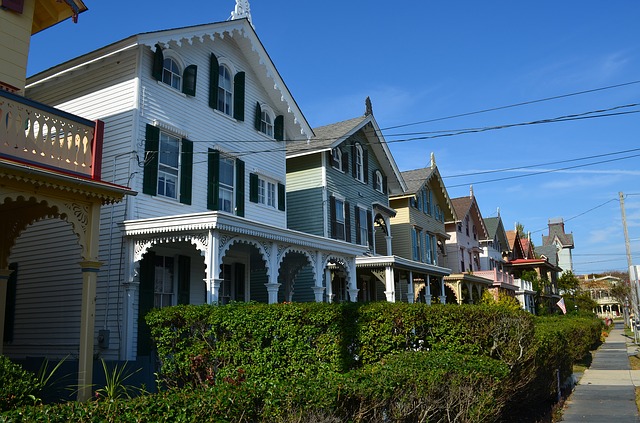 Even though New Jersey is often associated with bad things such as being too populated, constant traffic, rude and loud people, factory fumes, landfills, and pricey homes, New Jersey is a beautiful state with plenty of shore towns. These small towns are nothing like the New Jersey you think you know. Also, they are a perfect place to start over in New Jersey. After all, NJ is a beautifully diverse state that will show you its best and its worst at the same time.

Trenton, NJ is located in Mercer County and it’s the capital of the state of New Jersey. It has a population of 85,000. It’s a diverse city that, unfortunately, doesn’t get the love it deserves despite being an affordable place to start over in New Jersey. The median income in Trenton is $34,300 and the median home value is $107,200. This tells you how affordable this city is. Generally, the city itself is very clean and looks very nice. The people are welcoming and there are plenty of things to see. Trenton is home to Thomas Edison State University, one of the oldest institutions in the country. Thus, if you want to live in the state’s capital, hire reliable movers you can find at bluebellmovingandstorage.com right after you find your new home. Their professional staff will help you become a part of this city with growing popularity.

The name itself gives away the vibe of this small town – pleasant. Very pleasant. Pleasantville is a small town located in Atlantic County, just 5 miles from downtown Atlantic City. Atlantic City is known across the country as a top spot for entertainment. So, if you are ever bored, you don’t have to think too much about what you are going to do. The median income in Pleasantville is $41,600 and the median home value is $159,700. Hence, we can say that  Pleasantville gives you the best you can get for the money.

New Brunswick has a college town vibe. Strangely enough, it’s also a town with a very rich history. The country’s first intercollegiate football game, Rutgers versus Princeton, took place in New Brunswick in 1869. New Brunswick also has buildings that were constructed from 1730 throughout the 19th century. The median income in New Brunswick is $38,500 and the median home value is $242,200, which is pretty expensive. On the other hand, considering the fact that this is one of the best places to start over in New Jersey, it isn’t that expensive. However, make sure you know the cost of your move in advance so you don’t bump into any financial issues.

Unsurprisingly, Glen Rock is voted to be one of the best places start over in New Jersey. It is all due to its low crime rate, good schools, close proximity to New York City and its high property values. So, if searching for moving specialists in Glen Rock, you better act fast as more and more people have been moving there recently. It’s a clean town with around 12,000 residents. Long-standing businesses include the Glen Rock Inn, a bar and restaurant in operation since 1948. The district and its six schools had an enrollment of 2,500 students. Richard E. Byrd School, Central Elementary School, and Clara E. Coleman School are just some of many schools that your child can go to.

Westfield is a bit bigger than Glen Rock. It has around 30,000 residents. The downtown of this city is amazing. There are over 40 restaurants throughout the downtown. In addition, this city has a perfect balance between independent stores and boutiques as well as national stores. There are a few lovely parks that you and your family can spend some quality time in:

You have Westfield based moving professionals at your service if you wish to live in this lovely city full of welcoming people. The median household income was $127,800 in 2010.

A suburb of 15,800 residents located in Bergen County. It’s also the most populous county in the state. On TIME’s Money Magazine Best Places to Live in America 2017, North Arlington took the eighth place. This is a small city that offers you both peace and quiet and shows you what’s it like to live in a city. Only 15 miles from the Big Apple’s financial district, this is a perfect place to live in if you work in NYC. The median home value is at $350,000 and rent averages $1,300 for a single-family home. Furthermore, the area has a low crime rate and excellent schools. It’s also a perfect place for seniors to move to.

White Meadow Lake is easily one of the most picturesque places in NJ. The unemployment rate is one of the lowest in the state. So living there won’t be a problem as you will find a job in no time. It’s a very small town though with around 9,000 residents. The median income of $116,623 comes as a shock to everyone. Add the excellent schools and buzzing nightlife and you’ve found yourself a new home. The average commute is around 20 minutes, so you know you won’t ever be late. Why do people move to Dubai when White Meadow Lake exists?

These are all the cities and towns we consider to be some of the best places to start over in New Jersey. All of them are family friendly and safe with a lot of things to do and see. Some of these cities will suit seniors in retirement too. Hopefully, one of these places will soon become your new home.